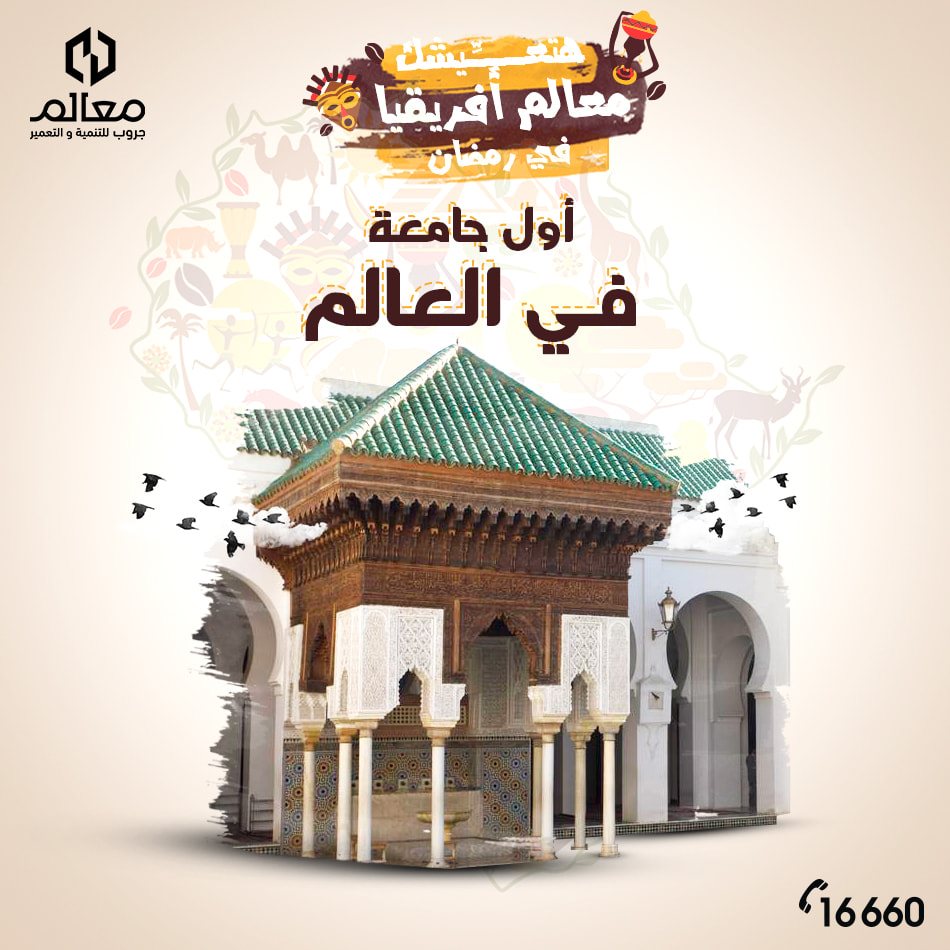 We will complete with you the most important #African _ landmarks of Ramadan and the story today about the #village _ University of fez in the kingdom of Morocco, the first university ever established in the history of the world. The University was built as an educational institution for the village mosque built by Ms. Fatima Bint Mohamed Al-thousand in 245, in the Moroccan city of fez. According to Guinness records, this university is the oldest one in the world who is still studying to date. Many Western scientists graduated, and the university and the associated scientific university have remained a centre of intellectual, cultural and religious activity for nearly a thousand years
#Ramadan is still going on with us
#معالم_أفريقيا
#معالم_المغرب